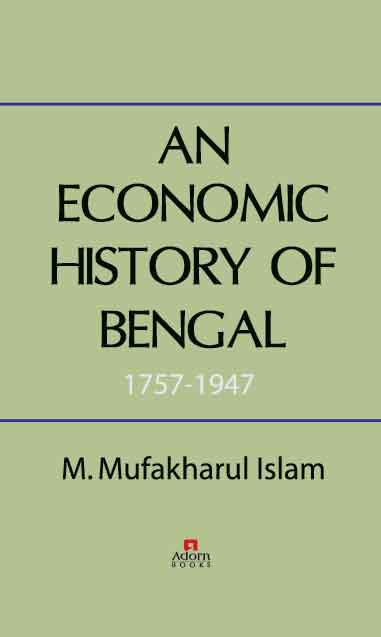 Drawing on his long years’ of teaching experience and research in the subject, Professor M. Mufakharul Islam deals in this volume with the most important aspects of the economy of undivided Bengal during 1757-1947. To begin with, however, he summaries the main features of the economy of the province at about the middle of the eighteenth century, the starting-point of British rule. Then in the subsequent chapters he discusses the battle of Palashi and the beginning of the economic drain, de-industrialisation, development of some modern industries, trends in agricultural production, land transfer, rise of the rich peasantry and sharecropping, problem of agricultural debt, impact of the Great Depression, construction of a railway network and the Bengal famine of 1943. While some of these chapters are based on his own research other draw on a critical reading of the secondary literature. Professor Islam attempts to analyze problem like commercialisation of agricultural produce, failure of the landlords to play a transformative role in agricultural development and the under development of entrepreneurship among the Bengalis from a new perspective. His essay on the Bengal famine questions the validity of the view that Amartya Sen’s contention about the factors behind this tragedy is a novel one. In dealing with the subjects Professor Islam has presented a considerable volume of the available statistical data. The volume is primarily meant for the under-graduates students, teachers and researchers, but scholars dealing with the problems of underdevelopment should also, hopefully, find it useful.