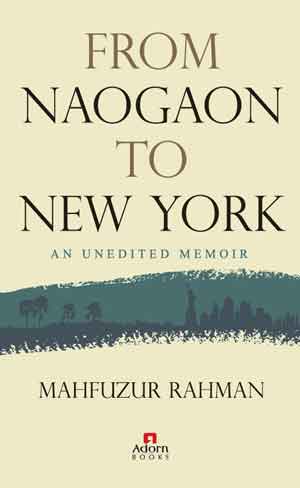 FROM NAOGAON TO NEW YORK AN UNEDITED MEMOIR

A park with an enchanted garden. A pond with a bathing ghat. A tiny row of little houses on the bank of the pond. A playground with a school beyond. Reading by lantern light. A teacher father’s desperate bid to improve the family fortune. Akhtar Hamid Khan. Hindu-Muslim separation. Those are some of the images of an early childhood in Naogaon, the beginning of a long series of pictures of a life that the author draws with consummate skill, a life lived in so many homes, in native Naogaon, Serajganj,and Dacca, and in foreign lands. Here on the bank of the Jamuna, comes the floodwater to dip into and swim in, while the peasants harvest rice paddies and jute. The rotting jute. The water lilies. The frisson of winter. Then comes the heat, and Baishakh storm shakes the mango trees and menaces homes. The ripening fruit. The eating of pitha. Going to school, barefoot. The evening, and time to read by lantern light. There, on the bank of Buriganga, is Bakshi Bazar, Dacca College, the University, the Language Movement, Central Jail, and bent head. And there is love. With the same delicate care he sketches the rains of Bengal, and rains on the East River in New York, the madrasa in Serajganj and the universities in Dacca and Manchester, the little house in Naogaon, the tin-shed house in Serajganj, and the high-rise apartment in Manhattan, political turmoil, assassinations, friends at college and in New York society. Then there is the frequent coming back to witness the inevitable: it is no longer possible to dip one’s feet in the floodwater; the boro ghar crumbles; the lone light in far off rail station is gone; the flowering tree he adored as a child is lost forever. And yet, in the end, he finds himself in the old park in Naogaon where it all began, where now two young muchkunda trees rise past his head. It is his way to end a story that has no end. 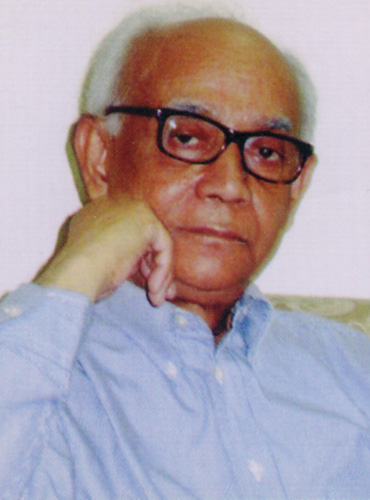