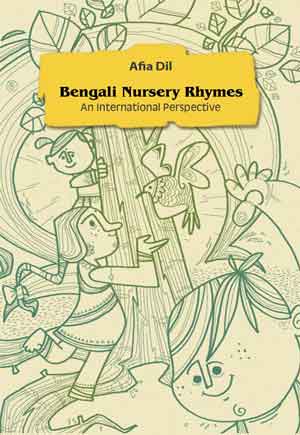 Dr. Afia Dil has put together an extraordinarily rich collection of nursery rhymes in this book. While the focus of her study is on Bengali nursery rhymes within the larger context of nursery rhymes from around the world available in English, the materials extend beyond young child audiences. Everything is translated for an English-speaking audience.... This book updates her earlier study of Bengali nursery rhymes aimed at understanding how Bengali society shapes a child\'s mind. It is based on her comprehensive collection and three decade study of oral and written nursery rhymes for children in Bengal. She reviews an extensive literature on nursery rhymes in English and the kinds of defining approaches and analysis that have been used on them and classifies them according to topics. She analyzes her data with a rich analytic apparatus allowing comparison between corpora of such rhymes in many languages. Dr. Afia Dil\'s book brings together such a rich and wide range of nursery rhymes, both from Bangladesh and other sources, mat scholars will be able to use them for analysis for a long time, parents will find materials they can recite to children, and lovers of poetry will find much that is new and delightful to them. This is a treasure-trove for those who love poetry for the young. -Dr. Susan Ervin-Tripp, Professor Emeritus University of California, Berkeley 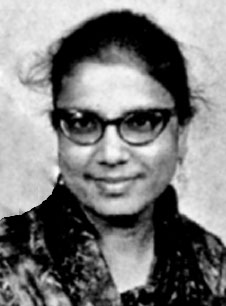 Afia Dil, born in Dhaka, Bangladesh, and educated at Eden Girls High School and Eden Girls College at Dhaka, earned her B.A. Honors and Master’s degrees in English Literature from the University of Dhaka, Post-graduate diploma in education from the University of New Zealand, Master’s degree in English and Applied Linguistics from the University of Michigan, and Ph.D. in Linguistics from Stanford University. She was Professor and Chair of the Department of English at Eden Girls College, Dhaka (1954-61), Professor and Language Specialist at the East Pakistan Education Extension Centre, Dhaka (1961-62) and at the West Pakistan Education Extension Centre, Lahore (1962-65). Since 1975 she has taught graduate courses in Linguistics, Women Studies and Leadership Studies at United States International University, San Diego, California. At present she is a Professor Emeritus at the Alliant (former US) International University. Her publications in Bengali include, among others: New Zealander Patra (Letters from New Zealand) – a series of thirty weekly articles published in The Begum Weekly, Dhaka, 1953; Bengali version of Caroline Pratt’s I Learn from Children (1955); Je desh mone pare (1957) – her travelogue of the United States of America on the Leadership Exchange Program; and her Bengali translation of Helen Keller’s My Teacher, published serially in The Begum, in 1959. The most notable among her translations from Bengali into English are Syed Waliullah’s Taranga Bhanga, a play in three acts, published as The Breakers (Bengali Academy, Dhaka, 1985) and his novel Chander Amabasya published as Night of No Moon (writers ink, Dhaka: 2006).Among her linguistic publications in English, mention may be made of her monograph Two Traditions of the Bengali Language (Cambridge, 1991; Islamabad, 1993) on the sociolinguistic study of the Hindu and Muslim dialects of Bengali that has been hailed as “a valuable contribution to sociolinguistic research in a neglected field.” She is co-author (with Anwar Dil) of a 744-page book, Bengali Language Movement to Creation of Bangladesh (Adorn Publication, Dhaka, 2011), hailed as the most judicious research work on the creation of Bangladesh as a nation-state. Her Bengali Nursery Rhymes: An International Perspective (Adorn Publication, Dhaka, 2010) has been hailed as a major contribution to intercultural literature: “It is a treasure trove for all who love poetry.”